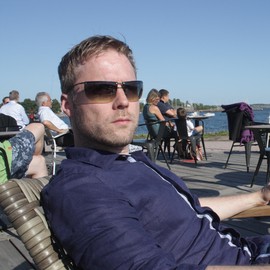 I am a computational linguist who additionally employs psycholinguistic methods. Currently, I am a researcher at the University of Turku. As part of the TurkuNLP group, my research focuses on explainability of language models. My psycholinguistic research program is broadly centered on investigating the role of healthy aging on language comprehension and production which I started as a postdoctoral research fellow at McMaster University.

Our new valency norms have been published

Excellent news related to my aging projects. I have two presentations at the upcoming 60th annual meeting of Psychonomic Society in November. Both talks are related to my current project on cognitive and social well-being in Adulhood (CoSoWELL).
Aki-Juhani Kyröläinen
2021-10-17 1 min read

The website is finally updated and includes the list of my most recent publications along with some additional refinements.
Aki-Juhani Kyröläinen
2021-10-16 1 min read

Our article, Affect across adulthood: Evidence from English, Dutch and Spanish, has been accepted for publication in Journal of Experimental Psychology: General.
Aki-Juhani Kyröläinen
2020-07-16 1 min read Publications 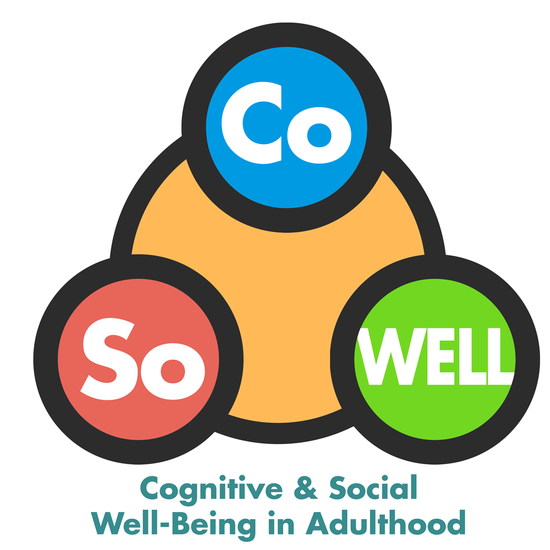 Is it possible that silent reading rate is the same as the most efficient listening rate? The hypothesis has been formulated in the …
Victor Kuperman, Aki-Juhani Kyröläinen, Vincent Porretta, Marc Brysbaert, Sophia Yang
DOI

This paper brings new insight to poverty and social exclusion through an analysis of how poverty-related issues are commented on in the …
Lotta Lehti, Milla Luodonpää-Manni, Jarmo H. Jantunen, Aki-Juhani Kyröläinen, Aleksi Vesanto, Veronika Laippala 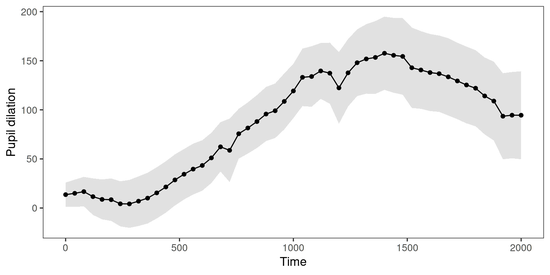 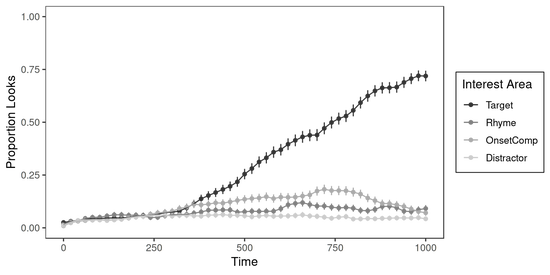 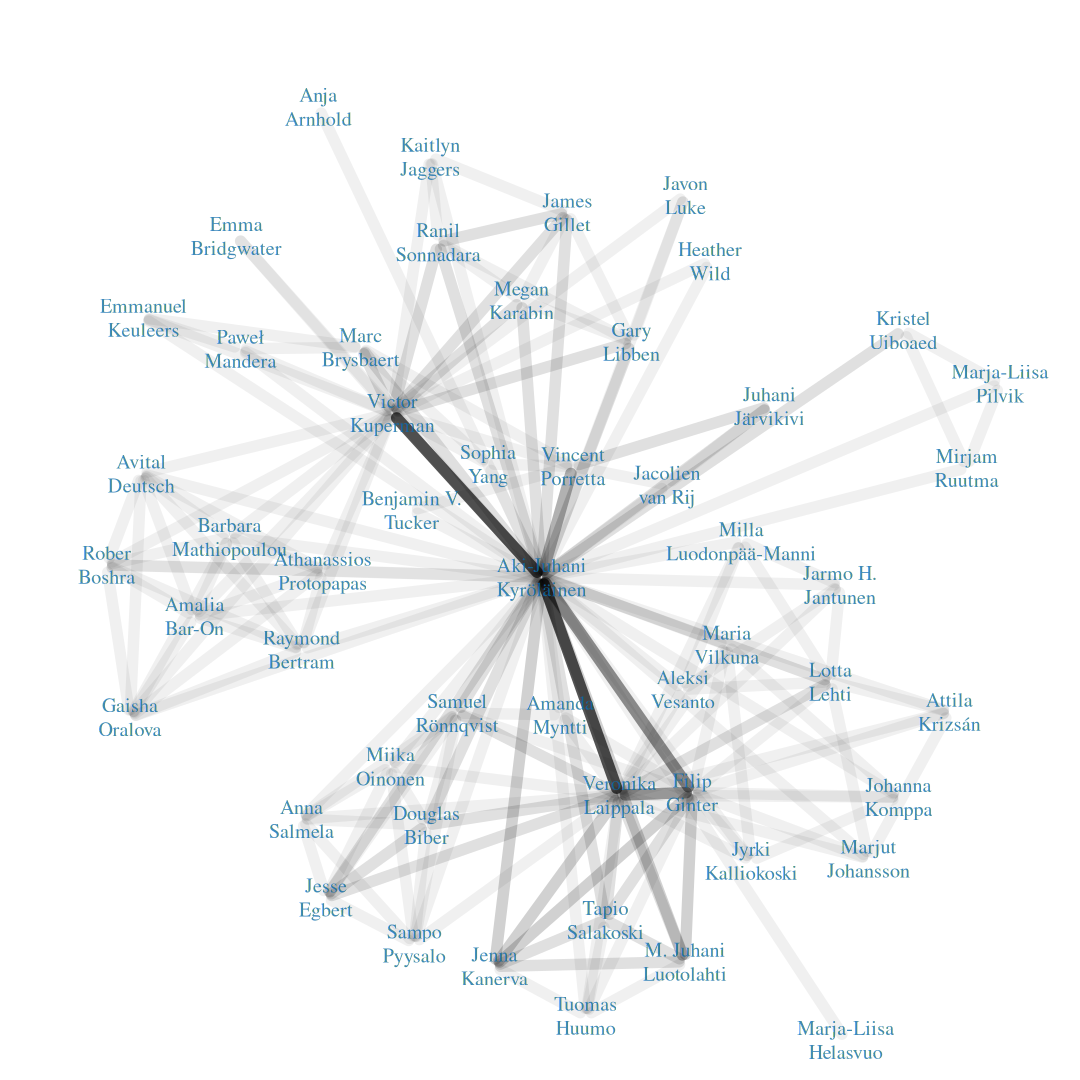 Affect across adulthood - Evidence from English, Dutch and Spanish

Emotions play a fundamental role in language learning, use and processing. Words denoting positivity account for a larger part of the lexicon than words denoting negativity, and they also tend to be used more frequently, a phenomenon known as positivity bias. However, language experience changes over an individualrqs lifetime making the examination of the emotion-laden lexicon an important topic not only across the life span but also across languages. Furthermore, existing theories predict a range of different age-related trajectories in processing valenced words. The present study pits all of these predictions against written productions (Facebook status updates from over 20,000 users) and behavioral data from three publicly available mega-studies on different languages, namely English, Dutch, and Spanish across adulthood. The production data demonstrated an increase in positive word types and tokens with advancing age. In terms of comprehension, the results showed a uniform and consistent effect of valence across languages and cohorts based on data from a visual word recognition task. The difference in RTs to very positive and very negative words declined with age, with responses to positive words slowing down more strongly with age than responses to negative words. We argue that the results stem from lifelong learning and emotion regulation: advancing age is accompanied by an increased type frequency of positive words in language production, which is mirrored as a discrimination penalty in comprehension. To our knowledge, this is the first study to simultaneously target both language production and comprehension across adulthood and in a cross-linguistic perspective.

Predictors of literacy in adulthood - Evidence from 33 countries

What makes a literate person? What leads to literacy gains and losses within and between individuals and countries? This paper provides new evidence that helps answer these questions. The present comparative analysis of literacy is based on large representative samples from the Survey of Adult Skills conducted in 33 countries, with 25–65 year old participants. We provide, for the first time, estimates of relative importance for a comprehensive set of experiential factors, motivations, incentives, parental influence, demands of workplace, and other predictors of influence. We sketch a configuration of factors that predicts an ‘ideal’ reader, i.e., the optimal literacy performance. Moreover, we discover a pivotal role of the age effect in predicting variability between countries. Countries with the highest literacy scores are the ones where literacy decreases with age the most strongly. We discuss this finding against current accounts of aging effects, cohort effects and others. Finally, we provide methodological recommendations for experimental studies of aging in cognitive tasks like reading.

There is a consensus that loneliness correlates with an increased risk of cognitive impairment and rapid cognitive decline. However, it has yet to be determined how loneliness influences cognitively healthy aging. This study makes use of the large, nationally representative Canadian Longitudinal Study of Aging (CLSA) to address this question. Based on the baseline and first follow-up datasets collected three years apart (n > 20,000 healthy individuals), we found that higher perceived loneliness predicted decreased scores in the immediate recall test at baseline and in two tests of prospective memory at first follow-up 3 years after baseline. We also examined whether a single-item measurement of loneliness widely used in the field of gerontology, including CLSA, has predictive validity, i.e., can contribute to the prognosis of a future level of cognitive functioning. We found low predictive validity and low test-retest (baseline to follow-up) reliability of this measurement type. These findings impose constraints on proposed accounts of loneliness as a risk factor and methods of examining its relation to cognitive aging.